For KLM, we produced a new film in the KLM cockpittales series about the latest commercial flight of a KLM-Fokker. The KLM has had more than 97 years of Fokker aircrafts in its fleet and cooperation between the two Dutch companies has been a very successful one. This last flight was a homage to this cooperation and to this beautiful plane and we were glad we could capture this flight on film. 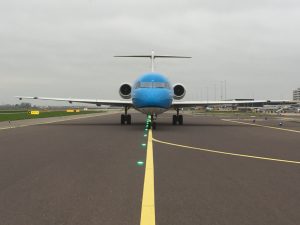